Rebel Wilson says that she is proud of her curvy body. And why shouldn’t she be? She recently launched a new clothing line at Milk Studios in Hollywood. She unveiled her capsule collection for Torrid, which is ready to launch on Nov. 1. Rebel says that Torrid is a fashion line that specializes in plus size clothing from sizes 12-28. The partnership was a match for Wilson. She has always owned her curves and promoted a healthy body image.

“I think all you should be worried about is if you’re healthy,” the Pitch Perfect star told E! News at her launch. “If you’re unhealthy, you should maybe do something about it,” she added with a laugh”. 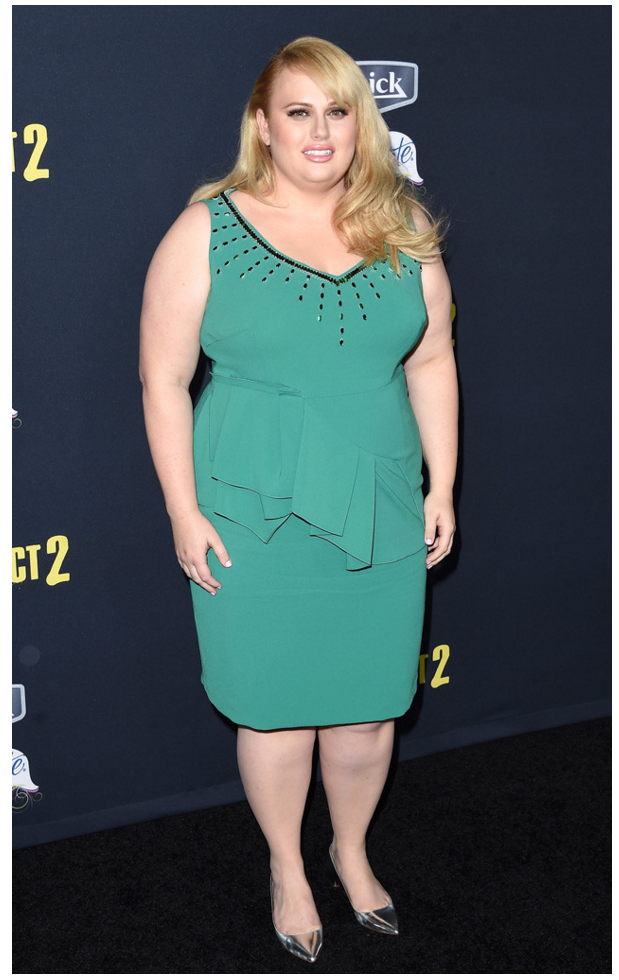 Recently, Alyssa Toomey wrote for E: “In fact, Wilson, who has previously said she wants to “inspire girls who don’t think they’re cool or pretty,” told us she’s not bothered by the term “plus-size.” “To me, getting an A+ in school is better than getting an A and I’m being called ‘plus,'” she shared, adding, “I kind of like being curvy and eating dessert every second night so that’s kinda why I am the way I am.”

Wilson was previously inspired to launch a clothing line when she began attending red carpets and noticed that there are very few clothing options for plus size women. “I am the type of girl with zero fashion sense, but I am getting into it now,” she told Elle U.K. for the mag’s May issue. “It’s becoming important for me. I saw a lot of girls were beginning to notice what I wear and I feel a kind of responsibility, because there aren’t any women in Hollywood my size and age.”

Rebel had the final word in the interview where she said, “You need to be physically strong for this job. I like to have the stamina to work 16 hours a day. I may eat a lot, but I am very healthy.”